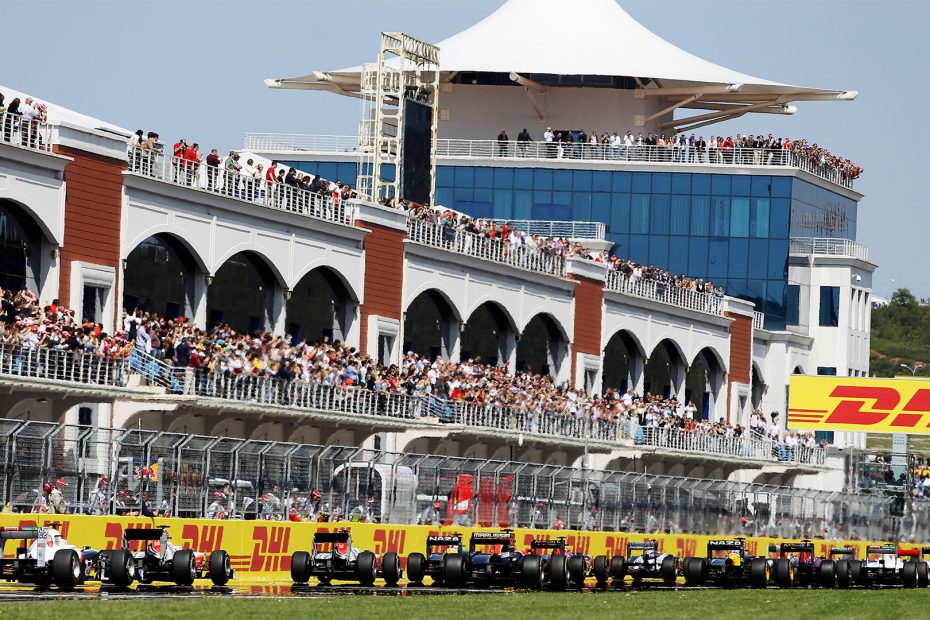 Turkey made its debut on the Formula One™ calendar in 2005 and immediately became one of the most exhilarating and must-see events of the season.

Intercity Istanbul Park circuit is regarded as one of the best purpose-built circuits among all the other new ones of the last decades. It has the necessary long acceleration zones reaching top speeds of 330 km/h, with sharp corners to facilitate the overtaking and a reasonable amount of slope plus a few intense turns. The famous one is the tricky quadruple-apex – turn eight – if ever a turn deserved a proper name, it’s this one.

The circuit held the Turkish Grand Prix between the years 2005 and 2011, producing a mix of highlight and lowlights during its seven-year spell. Due to the lack of enough support from the fans and the sponsors, unfortunately, the Turkish GP couldn’t find a place on F1 Calendar in 2012. Now that it’s having a last-minute comeback as one of the final races of the 2020 season, let’s remember the most memorable moments of the previous seasons in Istanbul Park Circuit.

2005
Kimi Raikkonen was the star of the first race in 2005, starting at pole position and taking victory in the end ahead of Alonso and Juan Pablo Montoya, his team-mate. Here in the photo below, the trio stands on the podium. 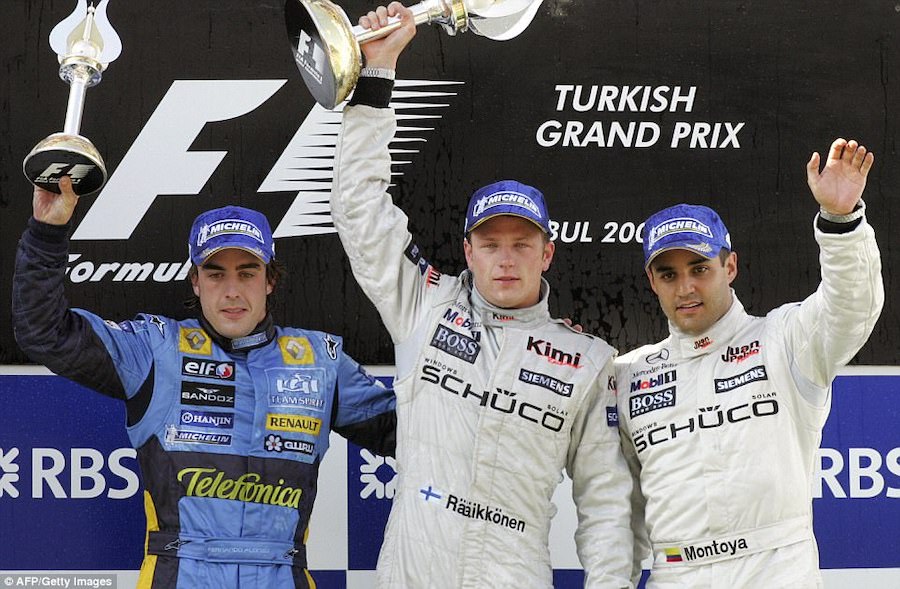 2006
Sebastian Vettel was only 19-years-old when he made his first official appearance in a Formula One car at a world championship event. He was assigned as a test driver for the BMW Sauber team, who later received a $1,000 fine for speeding in the pit-lane, only 6 seconds after getting out onto the track. Needless to say, the future’s quadruple world champion ended the day fastest in the second free practice session. 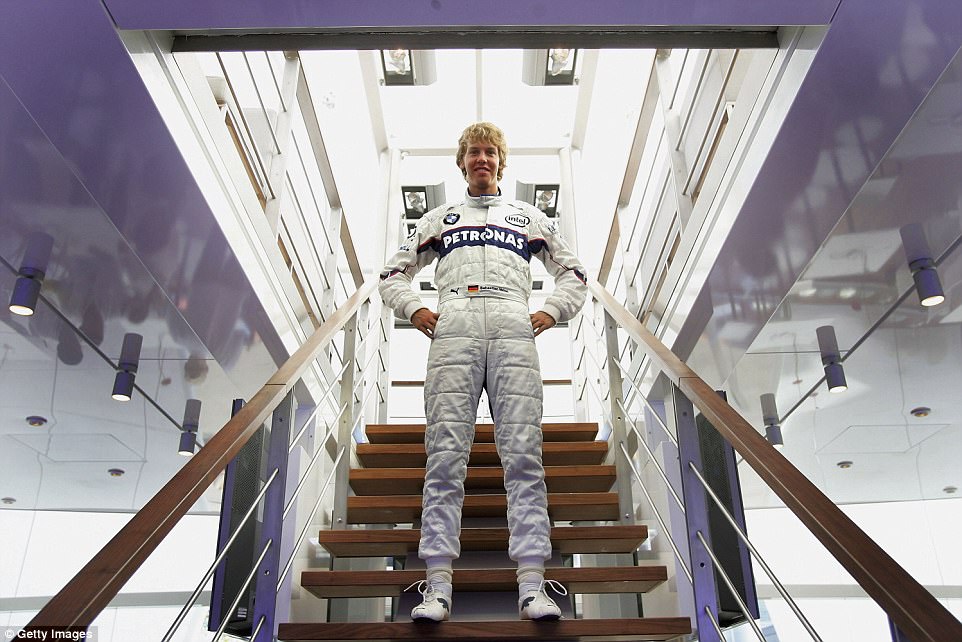 The 2006 race was also a first for Felipe Massa. The Ferrari driver won his first race for the team, winning ahead of Alonso and his team-mate Michael Schumacher for the first time in his career. 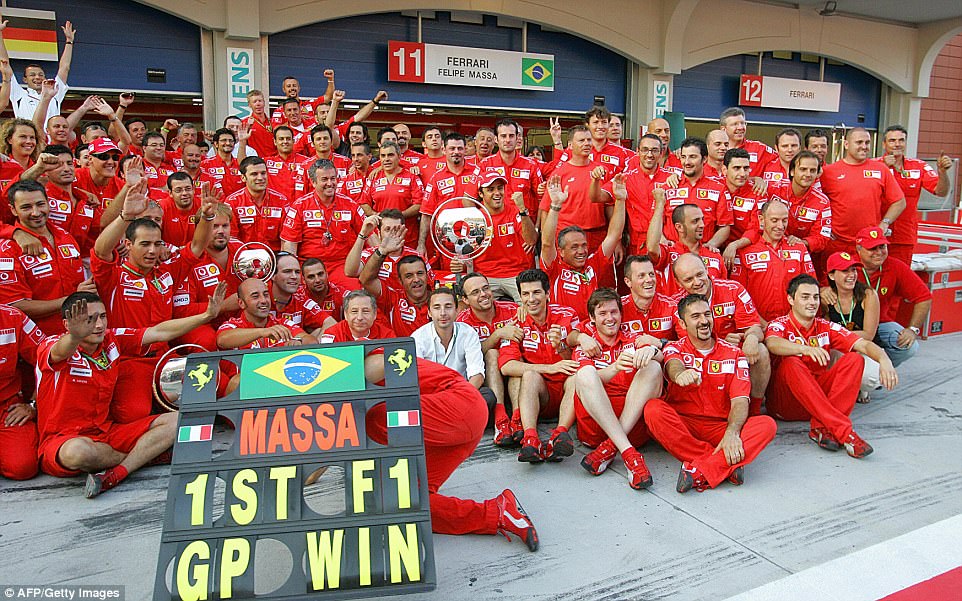 2007
Massa’s success in 2006 was no coincidence, as he followed up his victory by winning again in 2007. During the press conference following the race, Massa commented that “the Istanbul Park was the track where he made his career turn-around, and finally began winning races.”

2008
In the week running up to the Turkish GP in 2008, the Super Aguri team had withdrawn from Formula One, due to financial problems. So starting with the Turkish GP, the 2008 season was left with only ten teams. Massa took the pole position and the victory, celebrating his third consecutive triumph in Turkey. He shared the podium with Hamilton in the second place, Raikkonen, in the third. Massa’s three Istanbul wins made him the most successful driver at the track. 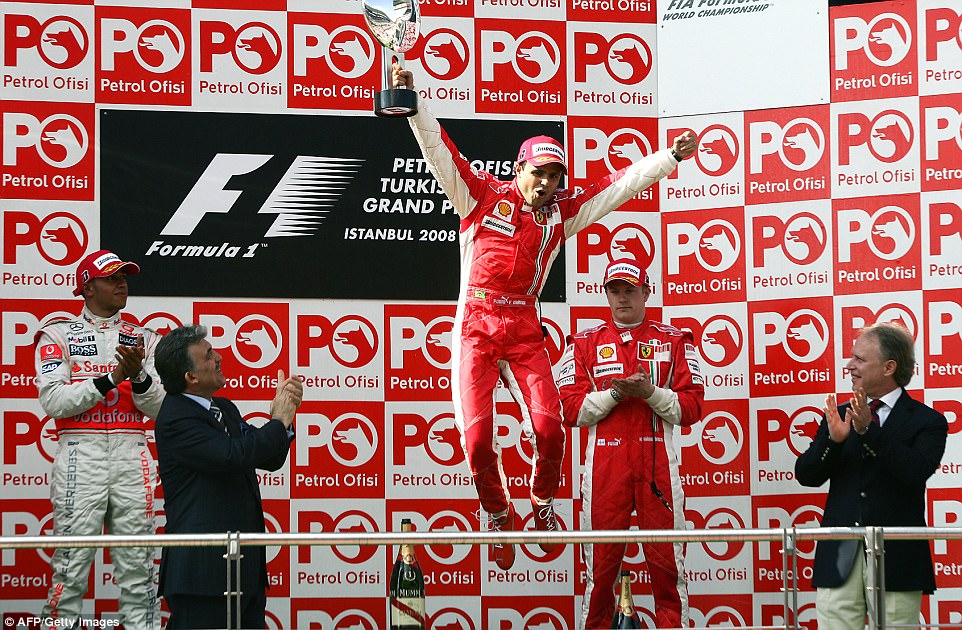 Still, they were not the only ones celebrating success. Rubens Barrichello celebrated his 257th Grand Prix, breaking Riccardo Patrese’s previous record of 256. 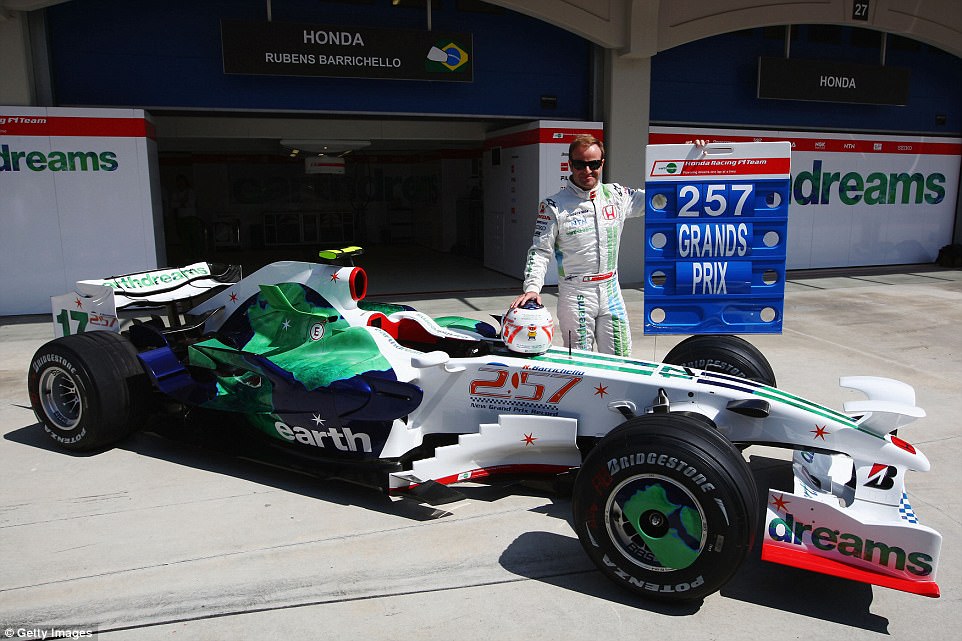 2009
The race was won by Jenson Button, with Mark Webber and Sebastian Vettel of Red Bull Racing completing the podium. By winning the Turkish GP, he made his sixth victory out of the season’s first seven races. This so far had only been achieved by Alberto Ascari, Juan Manuel Fangio, Jim Clark, and Michael Schumacher, who all went on to win the world title. 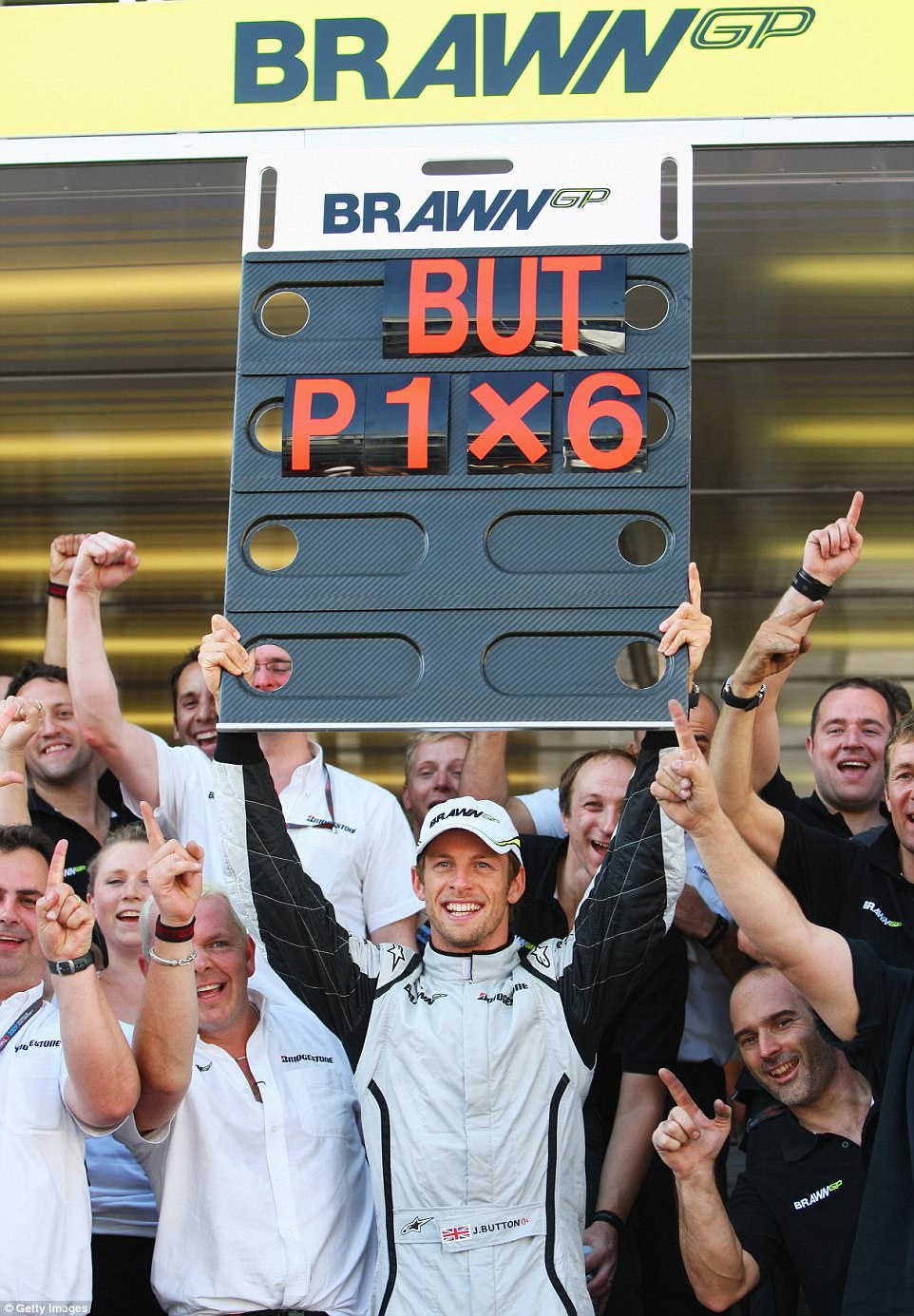 2010
The Red Bull team-mates Webber and Vettel had an icy relationship. One of their most prominent battles happened during the 2010 Turkish Grand Prix. Leading the race, Webber had been conserving fuel on lap 40, then his team-mate Vettel challenged him for the lead. This resulted in a collision that cost Red Bull an otherwise probable one-two finish. 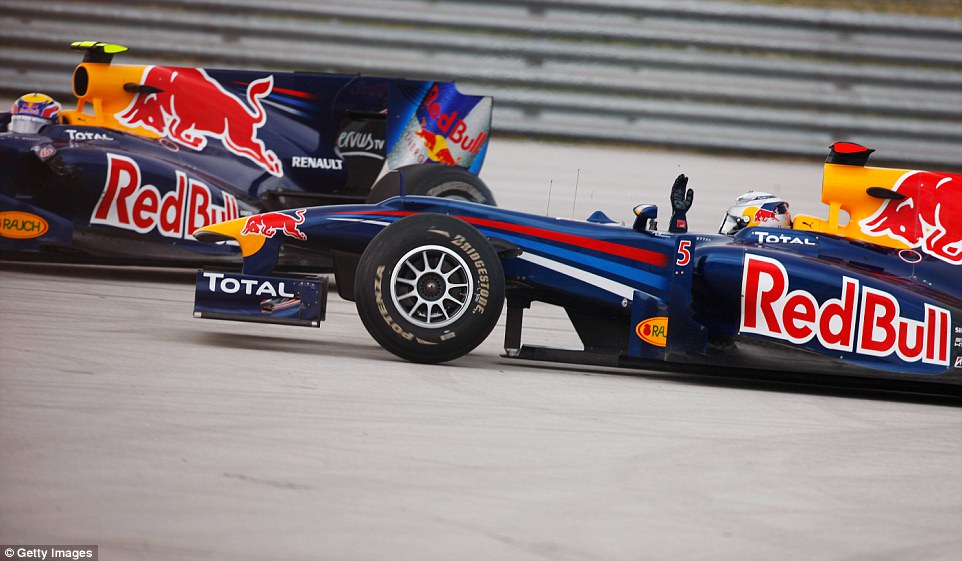 Vettel retired, and the crash promoted Hamilton and Button to first and second. They were also told to save fuel, but, although Button was told not to overtake his team-mate, they went on wheel-to-wheel for a couple of laps before Hamilton came out on top. But this never became a real deal between the duo. Hamilton celebrates his victory together with his team-mate and his then-girlfriend Nicole Scherzinger. 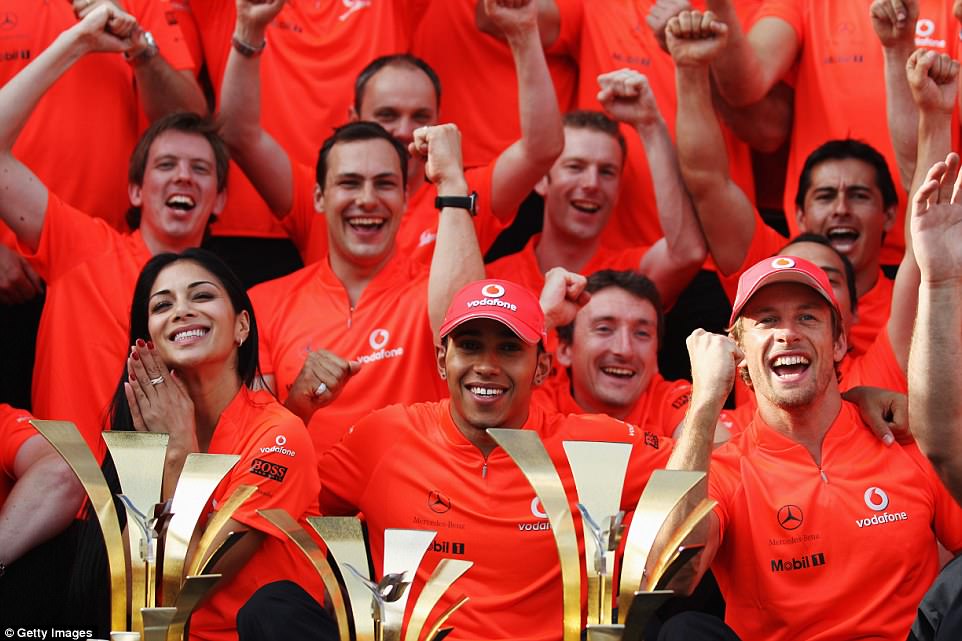 2011
This was the final time the Turkish Grand Prix was held. The 56-lap race was won by the championship leader, Red Bull Racing’s Sebastian Vettel, after starting from pole position. His team-mate Mark Webber finished in second place, and Ferrari’s Fernando Alonso completed the third. The whole Red Bull team celebrates the one-two victory in the paddock.

F1 supremo Bernie Ecclestone had guaranteed the future of the Turkish Grand Prix until 2021, calling it the ‘best race track in the world’. Fans disagreed, though, and following small attendances, the race was axed with the 2011 race being the final event.

So leave your comment here: What’s the best race you’ve seen in Istanbul?